In either case the result is that the independent production company has entered into a new co-production partnership with Anthony Amos, the serial entrepreneur and founder of HydroDog. Now in pre-production Furever Home (6×30) is a heart-warming new series that follows the Amos family as they trek across America on their Bathe to Save Tour.

Throughout the series according to The WorkShop CEO and Executive Producer Tom Farrell, Anthony and his family will visit cities and small towns with their mobile grooming center – Bubbles the Big Blue Dog. They’ll be followed every step of the way by a film crew from The WorkShop.

The Amos family’s goal and that of Furever Home is to clean up 25,000 dogs and some cats too, at animal shelters around the nation to make them clean, happy and ready for adoption. Viewers will have the opportunity to follow the Amos’ family road-trip as Anthony and Rachel and their three children Isabella, Austin and Aria hold philanthropic public dog-washing events throughout the country. These events will support local animal rescue shelters and organizations across the USA, clean up pets of the homeless, and along the way, bring smiles to all.

Remarked Farrell, “Anthony is a force of nature who brings tremendous energy and passion to everything he does. From the moment I first was introduced to him and then met his family, my producer’s radar said Furever Home was a programming concept that would be a perfect project for The WorkShop to undertake. We’re talking family, empathy, travel, and animals – what a great mix of subjects to attract a broad cross-section of viewers and their families.” 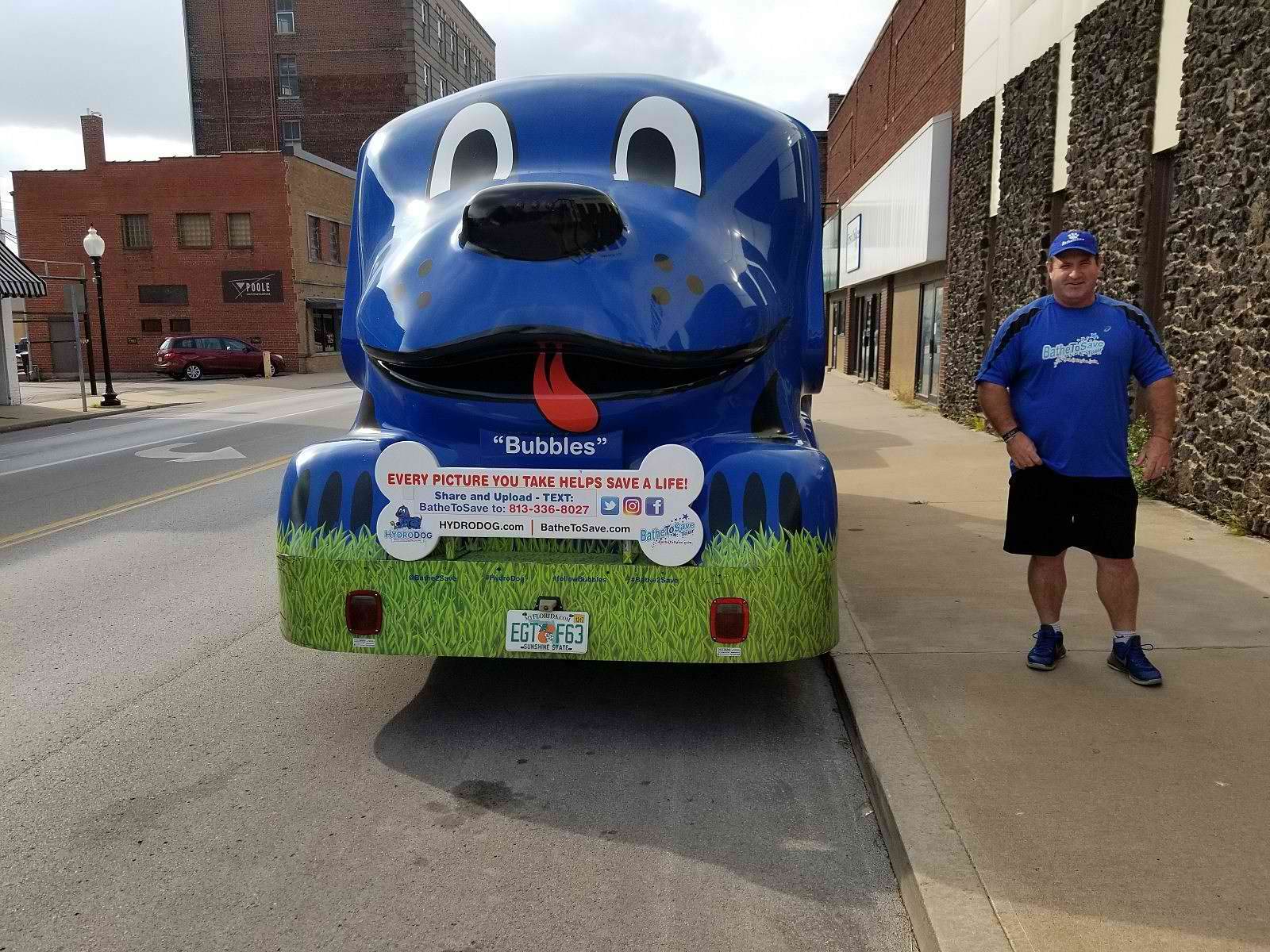 oted Amos, “When we arrived in America and people heard about our planned trip across the country and they saw Bubbles, they were hooked. Almost immediately they said ‘you need your own TV show’. Fortunately, a mutual friend introduced Tom and me. What a combination – my family’s bottomless love for dogs and Tom’s passion for producing programming that tells engaging and very personal stories.”

Only 21 at the time, Anthony decided to launch the HydroDog business in between seasons when he was a professional rugby player back in his home nation of Australia. Armed with a mobile phone, a secondhand hydro-bath strapped on the back of a box trailer and a newspaper ad, his first business became a huge success in Australia. He soon started to franchise HydroDog and was on his way to becoming a serial entrepreneur.

Anthony eventually set his sights on launching the mobile dog-grooming service as a franchise opportunity in the U.S., and in little time began to also experience success in the states under the Bubbles the Big Blue Dog banner.

Formed in 2007 The WorkShop has grown to become a vertically integrated company serving clients from the creative development stages of a project through final production. The company has had great success in structuring compelling stories and bringing them to life on the screen for platforms and networks ranging fr

om Amazon, PBS and TLC, to name a few. In addition to working with the major television networks the company’s productions span virtually all of today’s established and emerging platforms – ranging from linear to digital – with the goal being to entertain, inform and inspire the largest audience possible.